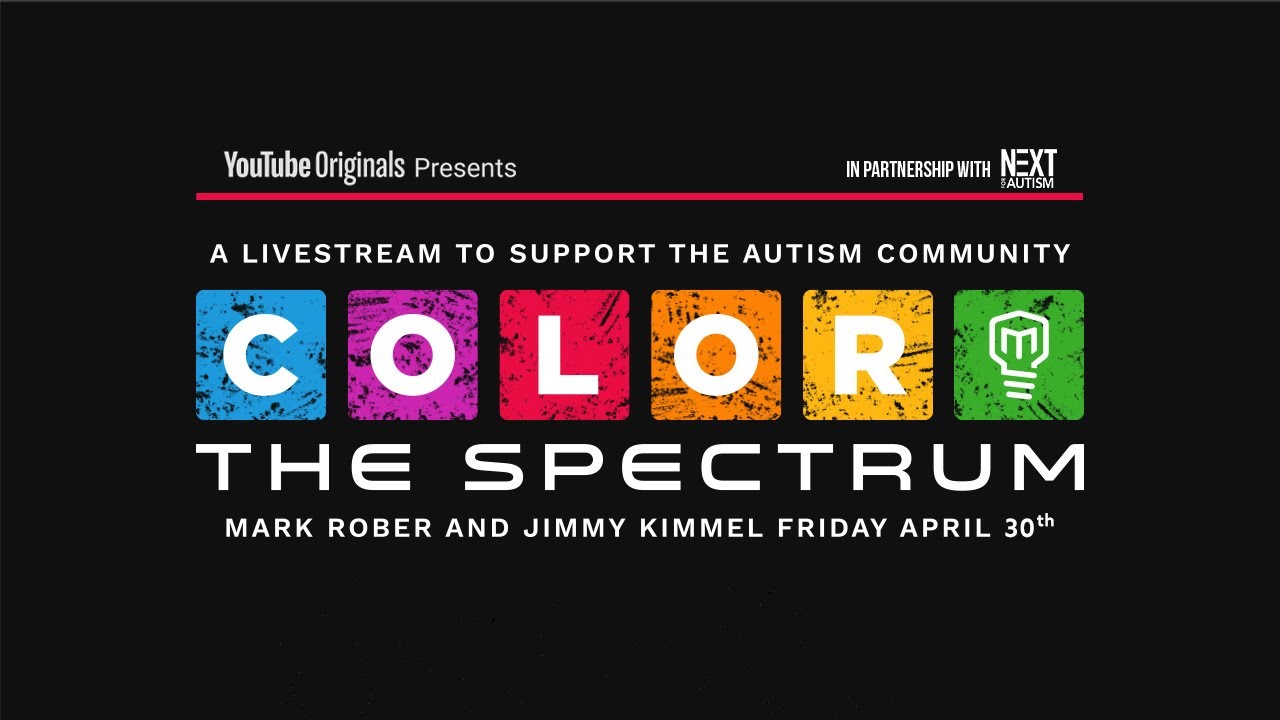 A message to the entire Autistic community:

Last week, an Autistic person became aware of Color the Spectrum, a fundraising event for the nonprofit Next for Autism, and the controversy surrounding it. He recognized that there were people he knew who were involved in the event. He reached out to a friend who helped him begin a conversation about what was happening.

Due to this unique access and privilege, these efforts led to a good faith dialogue with Mark Rober. This conversation was then opened to three other advocates and a fourth was added after the meeting.

During this time, we were asked for and agreed to provide some recommendations that could help make this event less harmful to the Autistic community. When responding, our priorities included the messaging, language, and inclusion during the event itself, as well as allocation of some of the funds that would be raised by the benefit and educating the public regarding Autistic representation. Here are those recommendations:

RE: Our Recommendations To Next for Autism:

After recommendations were made, they allowed more Autistic advocates to join the conversation.

At the time of this writing, the CEO of Next for Autism has communicated that she is in agreement with our recommendations but that the third point above needed some clarification. We are awaiting an official announcement and hope that they will implement these recommendations as presented.

Until April 22nd, the Color the Spectrum fundraiser was planned without any involvement of our community. Autistic people have experienced exclusion from the narrative for over fifty years. While it is unfortunate that the conversations that influenced this event were restricted to only a few advocates and under intense time constraints, we hope that they continue the conversation with the Autistic community beyond this event.

The Autistic community should be empowered by our allies to lead conversations about what it means to be us. Excluding Autistic voices allows for the advocacy of ABA therapy and other severe harms to our community. Lack of Autistic participation has also resulted in a narrow view of who is Autistic and what that means. As a result, society has learned about what it means to be Autistic from non-autistics. Instead of being included initially, the Autistic community’s only recourse has been to protest after the fact when these organizations have already used their resources in ways that do not reflect the best interests of Autistic people.

We are infinitely grateful for the pressure the Autistic community has put on these organizations, at a great personal toll to their mental health and as uncompensated labor that has been ignored for too long. We thank you for creating the crack in the wall of exclusion so that these conversations were even possible.

We are rejoining the community now and stepping out of the discussions with Next for Autism. Friday will reveal, to some extent, how well we have been heard. However each Autistic person feels about this and the fundraiser is valid. We hope that what we have done has the impact of beginning conversations and actionable steps toward our empowerment and a more equitable future. The only way that can happen is with the direction of Autistic community members.

Nothing about us without us.